In collaboration with PostNord, we have now pushed our deadline for orders to 20:20 Monday to Friday. GLS still has a deadline of 18:18.
X

AGM produces rugged smartphones and all products have in common that they are designed to cope with extreme conditions such as extreme cold, heat, water, dust, mud - in short more than most other mobiles.

AGM has previously produced OEM for CAT for the well-known rugged mobiles but has now chosen to focus on their own products. This means that AGM delivers quality similar to CAT products but at a lower price.

In addition, AGM's mobiles have added more resources to designing products that more closely similar to iPhones and Samsung smartphones than CAT's somewhat robust design. This means that you find mobiles below with a thickness down to just over 1 centimeter, quick charge, long battery life, Gorilla Glass and of course IP68 certification, which in design resembles many of the smartphones you find on the street - just far more durable.

AGM caters to the craftsman who is looking for an alternative to working mobile phones from Samsung and CAT; the employee who just needs to be able to dial from his push-button telephone; the outdoor fanatic who exposes himself and his mobile for extreme conditions and, of course, the general consumer, who just wants a product with a higher durability than others on the market.

Currently, there are four different AGM models in our range,

> Read more about each model below

AGM X3 - Won the best "ruggedised" device
The AGM X3 has just won the "best ruggedised device" award of the Mobile Industry Awards 2019. Which means it has been voted the best rugged phone on the market.

In June 2019, the "Mobile Industry Awards" held their annual award show. Prizes were awarded in more than 20 categories including "most ruggedized phone" which went to the AGM X3. Some of the other awards went to a-brands like Apple ... 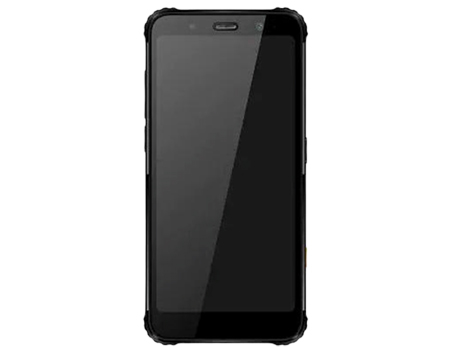 The AGM X3 is the top model in our range, which means that neither functionality nor design has been saved.

AGM X3 is the latest product when it comes to AGM smartphones. This model differs from being larger, faster, and more durable than previous models. With its IP68 and MIL-STD-810G certification, you ensure a phone that manages through all the hassles of everyday life.

With the AGM X3 you not only get a "work phone", but you also get a phone designed for your everyday life. With its Snapdragon 845 chip and 8gb frame.

In addition, the AGM X3 comes with a double rear camera (12MP + 24MP) and a front camera (20MP), 5.99 "screen that ensures a user-friendly and total experience of games or movies.

Below is some of the many features and qualities that AGM X3 comes with: 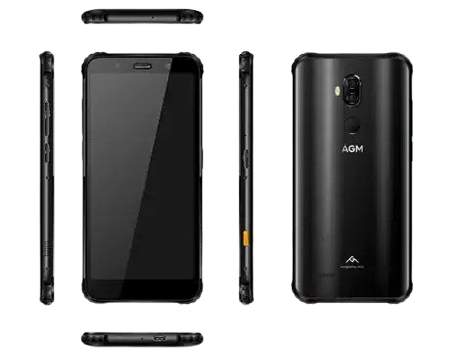 There are now a number of IP68-certified phones on the market, even smartphones. But where the AGM X3 differs is in its MIL-STD-810G certification.

The MIL-STD-810G certification is a US military standard. It is a certification that can only be obtained by the most robust products, this has never been technically possible to achieve on a smartphone, but the AGM X3 comes with this certification.

To achieve the MIL-STD-810G certification, the phone is tested to the limit on below parameters: 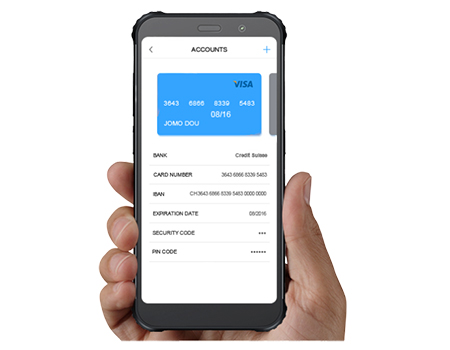 AGM X3 can certainly match the closest competing products on the market. With the latest Snapdragon 845 2.8GHz, this X3 is 25-30% faster than the earlier model X2.

Sublime sound for everyday life. Whether you want to listen to the radio in the workplace or watch movies on the sofa, the AGM X3 comes with a high-quality speaker from JBL. This creates a sound quality that you normally won't get on a smartphone.

With a 4100 mAh battery, you will get a phone that lasts all day and usually two. In addition to the long battery life, you also get a smartphone that allows Quick Charge and wireless charging.

The AGM X3 is packed with cool features. These include "facescan" that unlocks your phone just by looking at it. If you do not want to use this feature there is a finger scanner that easily and quickly gives you access to your AGM X3

These are all features that help place the AGM X3 at the very top of the market for rugged smartphones. 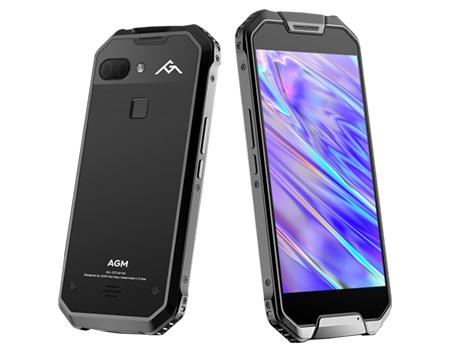 The AGM X2 SE just below the top model of our AGM range.

This means that with the AGM X2 SE you get a rugged smartphone that meets the needs of most end users.

A high-end rugged smartphone for a mid-range price 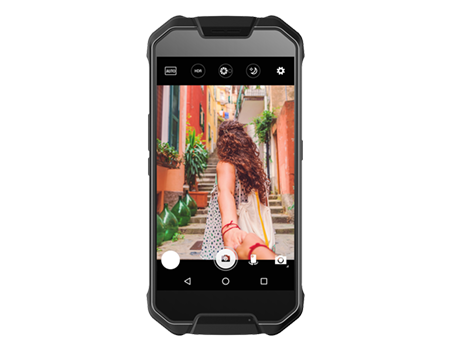 The AGM X2 SE stands out in relation to the specifications, design, and price, with slightly more features and in a slightly more implemented design.

In other words, the AGM X2 SE can hold to the vast majority of challenges that end-customers can expect a rugged smartphone to hold.

In addition, the AGM X2 SE comes with a 6000 mAH battery that delivers up to 480 hours of standby time and is charged at 70% of the maximum capacity in just 30 minutes via the quick charge feature.

AGM X2 SE's I at a lower price than AGM X3 means that at DCS we see it as a high-end rugged smartphone for the mid-range price - which means that the AGM X2 SE is of great value to customers and end-users. 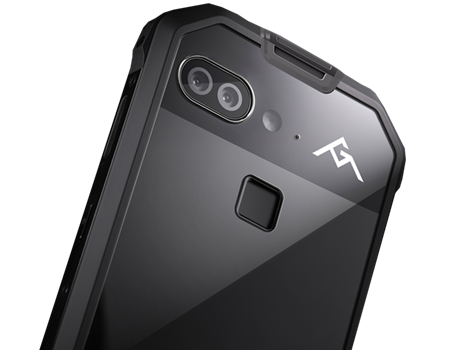 Of course, this gives some flexibility in relation to the design, and the edition with the leather back can be even more resistant to impact and impact, as leather, and obviously can not shatter like glass.

- The outer dimensions of the X2 and X2 SE are the same, protective glasses are compatible with both models.

You will find the AGM X2 SE in the two different versions below. 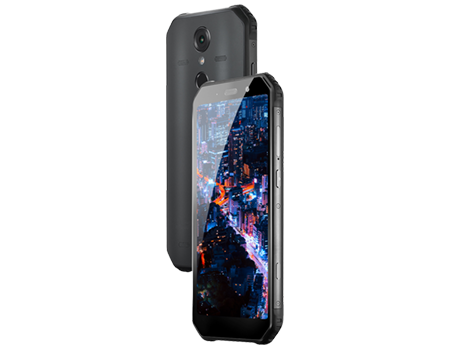 AGM A9 is perhaps the most exciting AGM product in our range at the moment, and this is not only due to the fact that the price point in relation to design and specifications.

The same feature comes with the more expensive AGM models in our range, AGM A9 is IP68 and MIL-STD-810G certified, which means that it is waterproof down to 1.5 meters, 99% dustproof, resistant to falls from up to 1.5 meters and tested in temperatures between -30 and 55 degrees.

In addition, you get real high-end functionalities on a rugged smartphone for under 2.000 danish kroner.

- including 16 mp and 12 mp cameras, fingerprint unlocking and quick charge 3.0. 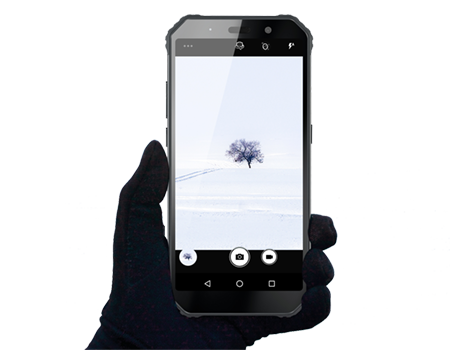 With you – in every environment

The AGM A9 is designed for use in harsh environments, and therefore it is possible to operate the product with gloves, just as the 5400 mAH battery has enough power for up to 14 hours of calls.

In addition, the AGM A9 comes with DUAL-SIM, of course, as the other AGM products in our range, which effectively eliminates the user having both a smartphone for private and work use.

If you do not want to use data for music playback, the AGM A9 also comes with built-in FM tuner and four built-in speakers that help make external speaker connections unnecessary.

Replacement for the popular AGM A8 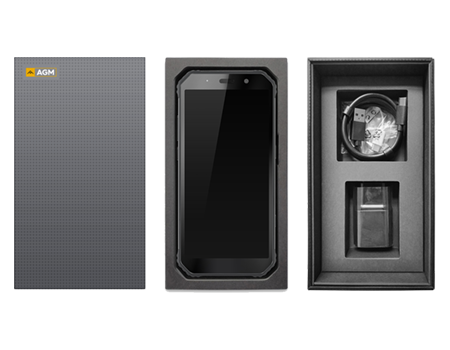 The AGM A9 is the direct replacement for our former bestseller AGM A8, and the price is higher than what was the case for AGM A8 - but there are a number of good reasons.

The display has been upgraded and has gone from 5 "to 5.99" while the thickness is cut down to 12.6 mm on the AGM A9 versus 16 mm on the AGM A8. In addition, AGM has added the MIL-STD-810G certification to the A9, and the processor has been upgraded to a 1.8GHz Qualcomm Snapdragon 450 processor, against the slower 1.4GHz Qualcomm Snapdragon 410 processor on the A8 .

In general, AGM A9 has been upgraded across all the specifications compared to the discontinued AGM A8, despite the slightly higher price, the AGM A9 is upgraded on almost every parameter. 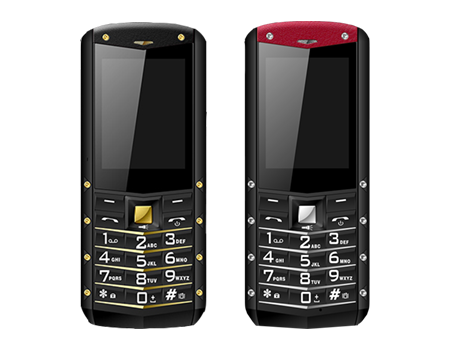 At first glance, the AGM M2 is simply a push button phone - and it is almost exactly what it is.

Besides rugged smartphones packed with features, we have also taken a very simple working mobile from AGM into the range, which basically cannot do much more than sent SMS messages.

In addition, the AGM M2 comes with a number of features that differs it from other push button phones, which include the 1970 mAH large battery that ensures standby time of up to 300 hours.

And, of course, it would not be an AGM product if it was not more durable than other products on the market - and that is of course also the case with AGM M2. 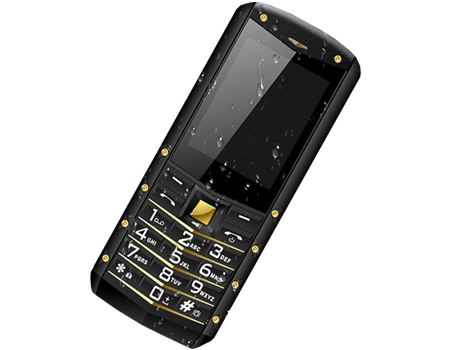 AGM M2, like our other AGM products, is IP68 certified, which means it is waterproof down to 1.5 meters, 99% dustproof and resistant to drop from 1.8 meters, as well as tested at temperatures between -20 and 50 degrees.

This means that you can use the AGM M2 without worrying about the demanding environments, this is a unique feature compared to other basic mobile phones.

the AGM M2 comes with extra large buttons and simple navigation on the 2.4 "large display.

It helps to give a clear impression that AGM M2 has been developed based on the fact that it must be as durable and simple to use as possible.

That's why the AGM M2 comes with DUAL-SIM and a number of easily accessible functions, which make everyday life easier for users. 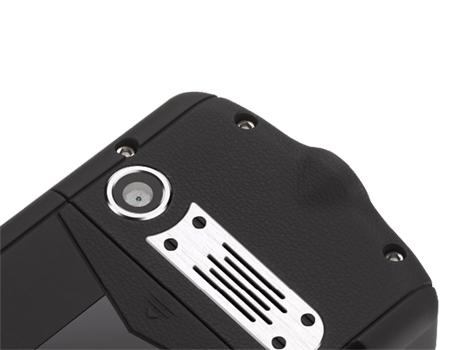 Always a flashlight at hand

AGM M2 is designed to be used by craftsmen, who basically just need a simple product that works every time and which has easy access to a number of key functions that makes everyday life a little easier.

The AGM M2 comes with a built-in powerful flashlight, which is always available with a single touch of the big buttons.

In addition, you also get an FM radio, which you can either use via the supplied headset or a separate speaker.

The AGM M2 is therefore an obvious choice if it is to be kept simple and functional at an incredibly low price.